House-moving is the process of picking a house up off its foundation and transporting it elsewhere, sometimes many miles away. While it may seem that moving hundreds of tons of fragile building materials is impractical, there are, in fact, many legitimate reasons to relocate a whole house: 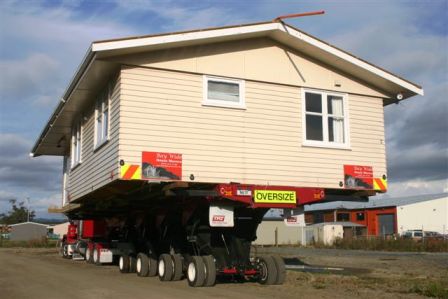 And, occasionally, a homeowner just wants to give their house away to a friend. In one publicized instance, old friends offered their old home to a couple in Avalon, New Jersey, because it was in the path of the construction of their planned new home. The New Jersey couple also received $20,000 – the price that the original owners would have had to pay to have the house demolished – to help transport it off the lot. The three-bedroom ranch-style home found grateful new owners, while the home’s original tenants freed up their space for new development without excess expense.

Nevertheless, moving an entire house comes with its share of challenges:

In summary, houses are transported at great expense for a variety of reasons.  House-moving businesses with the appropriate contacts and resources can help those considering such an undertaking in the decision-making process.

What Really Matters in a Home Inspection