Wildfire mitigation is the implementation of a variety of precautionary measures to protect a building from a wildfire. Homes in heavily forested, dry areas should be 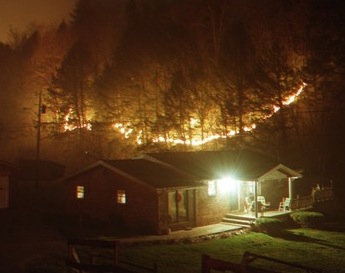 inspected periodically and modified appropriately, especially during dry spells, to ensure their fire resistance. Grasslands and chaparral also experience serious fires.
While the following information is not exhaustive, and strategies and laws vary by region, homeowners and inspectors can use it as a rough guide.
Systems and components to check include the following:
In summary, numerous aspects of buildings and their surrounding property can be modified in order to mitigate the risk of damage by a wildfire.