Wind turbines are tall, isolated towers composed of sensitive electronics, all of which are factors that make lightning a persistent and real threat. A properly installed lightning protection system, however, will intercept the lightning and effectively and safely conduct it to the 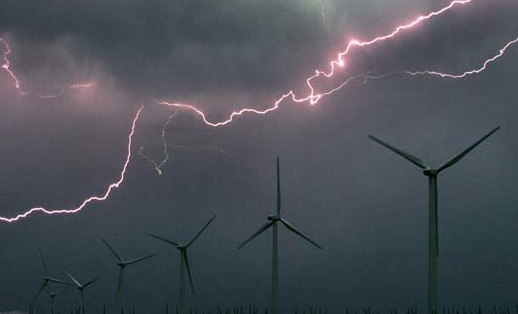 earth without risking physical destruction to the wind turbine. This issue has become increasingly critical as wind turbine systems become more sophisticated and vulnerable to lightning. Lightning protection systems costs less than 1% of the total capital expenses while improving the cost-effectiveness and reliability of a wind turbine substantially.

First, a few facts to convey the danger that lightning poses to these power-producing windmills:

Wind Turbine Component Damage
The following systems, arranged in order from most to least vulnerable, may be damaged by lightning 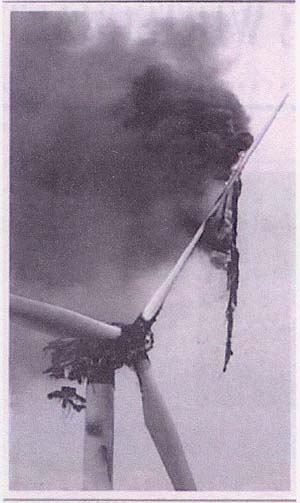 strikes:
Note that lightning dangers increase with turbine height.
The National Lightning Safety Institute finds that lightning codes, in reference to the danger lightning poses to wind turbines, “provide more benefit to commercial vendors than to those seeking relief from lightning’s effects” and that “devices that claim to offer absolute protection abound in the marketplace, confusing specifying architects, engineers, and facility managers.”
An article published in Solar Age Magazine offers the following recommendations for wind turbine lightning protection and inspection:
In summary, wind turbines are extremely vulnerable to lightning, but the danger can be mitigated by lightning protection systems.

The Dangers of Brominated Fire Retardants

What Is a Green Home Inspection?